Today I have decided to focus on a topic which probably lots of you wouldn’t be essentially interested in. However, I think that those of you who follow big travel accounts on Instagram should read the article.

A few weeks back I started to be irritated by a particular editing style big Insta accounts used. If any of you remember I refer to the orange haze over a photo. It was a new editing trend and sadly most accounts had used it, so in the end my Insta feed looked like an orange (yep, the fruit).

At that time I was even thinking to record an IG Story about it luckily one great Irish photographer was quicker than me. I was really glad that someone more experienced with photography and editing itself has noticed this terrible trend.

Mark has also expressed an opinion in the comments that a photo should be edited individually and not based on what’s trending at the moment. I completely agree with such. This brings me to a current style which irritates me and that’s presets.

A preset is a file usually in a program like Photoshop or Lightroom which you create and this file contains exact editing settings. Simply once you create a preset and save it you can upload it over any photo. It’s basically a filter which you create yourself. Or you can download presets from the internet (lots of big accounts offer their presets for a small charge).

There are countless accounts working exactly like this. Some of them I follow but just because the photo isn’t completely out of its original. On the other hand lots of accounts are using only four presets – spring, summer, autumn and winter. Go and check your favourite accounts and for sure you will notice that they have about ten to fifteen pictures in a row with the same colours. It’s not that obvious on some photos (usually summer and winter editions as blue and white are already a part of the original file). Autumn is much worse – the photo is either morbid without shooting the original photo during a cloudy day or the photo is orange. This time we talk about real orange (the colour, not the fruit).

You probably don’t think about presets when looking at an edited photos and it’s more like “Woa it’s beautiful over there!”. Recently I had an opportunity to see a few before and after and it’s a pity that there’s not a single colour brought from the original to its edited self.

So I’m asking – how far photo editing will go? What will be the next Insta edit trend? Are we so obsessed with likes and perfection that we are erasing the original?

Photography and editing afterwards is for sure a craft but mostly art. I believe that everyone who takes photos is an artist and with their photos and editing they are trying to express themselves. However I do wonder what does a photographer trying to express with twenty photos edited completely the same way? Those photos may look nice but the originality of each photo is killed let alone the location.

Personally, lately I have jumped on the IG theme train to make my look IG feed a bit organised when it comes to colours. However I do not use any presets nor filters. I edit every photo independently of the rest and then I choose three photos with same/similar colours and create a row on my IG. I can’t possible imagine to edit all photos from the same shoot exactly the same and therefore killing their own individuality and originality.

The cover photo is mine – from my Garmisch-Partenkirchen trip. It is also the only photo I have ever edited that heavily so you can clearly see the difference between before and after. It is probably also the only photo where I used a colour which you cannot find in the original (orange clouds .. uh, orange again). 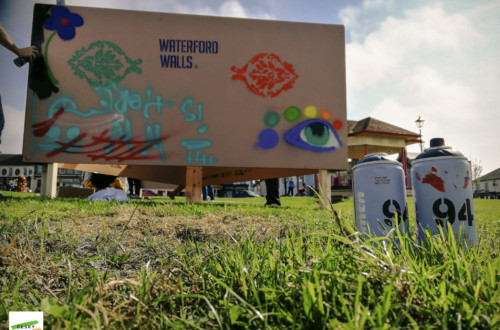 How art affects our day-to-day lives

I feel good and I’m not afraid to show it

When enough is enough