The title of the article sounds pretty apocalyptic, but don’t worry, everything turned out well! I would like to look back on previous years and at the same time compare my experience with this year. And I also have a lot of great photos for you, so keep reading.

Patrick’s Day takes place every year on March 17. Which was nice this year, for example, because I had time off in the middle of the week. Patrick’s Day is also kicking off bank holidays in Ireland – it’s really a long way from the beginning of January to the middle of March without the holidays. As for history, I’m not going to explain it #sorrynotsorry – you have Google for that.

Facebook told me that my first Patrick’s Day was probably in the spring of 2013 (I don’t know what I was doing until then). I remember it was sunny but quite cold and the parade was delayed. In the end, a lot of groups went through it – from the Irish themselves (whether children doing karate or local scouts, through adults) to ethnic groups. Visually, it wasn’t such a great thing, but we probably can’t have everything. Apart from the parade, it occurs to me that nothing much is happening for Patrick’s Day in Waterford otherwise (I don’t count drinking sessions in pubs).

Still, I remember feeling emotional? Even though it was just a parade, there was a kind of pride in their origin and it left something in me. But since then I have not gone to see any parade. Mostly it was because of the weather and I didn’t feel like going, or I already had something else that day HashtagPriorities

Interestingly, in 2019, thanks to work, I was in Dublin during Patrick’s Day, but I also did not go that day. I was sick. A year later, no Patrick’s Day took place and we all know why. However, as they say – there’s something good in everything bad. Looks like the cities had enough time the whole year to come up with a great replacement program. Well, given current possibilities.

Corona is still not gone, so no parade could take place anywhere. But all the big cities pushed the parade to be online. I don’t know how it turned out, I didn’t watch. It was really nice today for it to spend the whole afternoon looking into a screen. And if you say that the parade is nothing for you, then you will probably be interested in the second part of the program – green lighting throughout the city. Or at least I was.

Lighting up the buildings was mostly just a matter of pure Dublin – they came up with it a few years ago at Christmas, and those stupid cute snowflakes moving on an iconic historic building just look great. If you’re following me on Instagram, you know that Waterford got its Christmas projection last year as well. 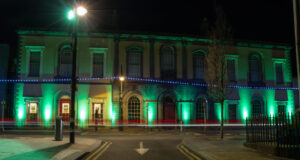 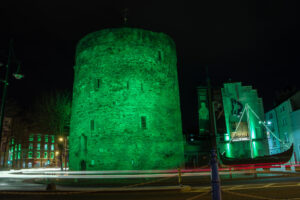 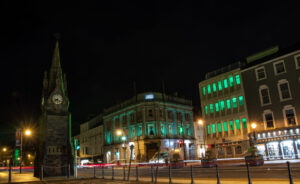 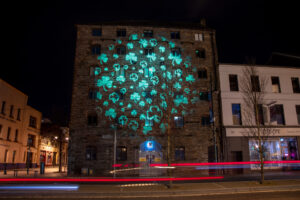 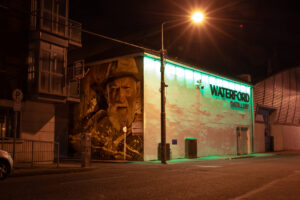 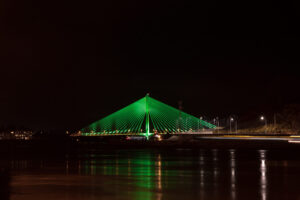 Fortunately, someone got the idea to repeat it during Paddy’s Day and to add about 4 more times of the landmarks. As you can see in the cover photo – we have projections (moving shamrocks pretty please), buildings lit up in green and also boats in the harbor! Althought all the green and street lamps together form the flag of Ivory Coast in the reflection of the river haha

On the other hand, it’s nice that even during a pandemic, almost everyone can enjoy these projections. We are not allowed more than 5 km from our houses but Waterford has a radius of 5 km haha so even people who live outside the city can still walk into the city and enjoy the green. And if someone can’t, they won’t miss out on anything – the Council documented everything (but #sorrynotsorryforasecondtime, in this article are just my photos).

All those buildings probably won’t interest you if you’ve never been to Waterford, but believe me, it’s a really nice sight, especially after everything we’ve been through over the last year. I really hope this isn’t the first and last time as a kind of band-aid for Covid.

When I already mentioned Dublin – they were inspired by the neighbors and performed a drone show, and it looked great: 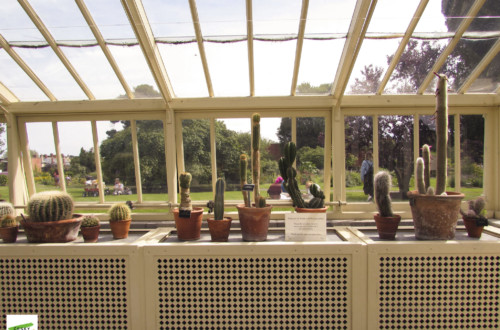 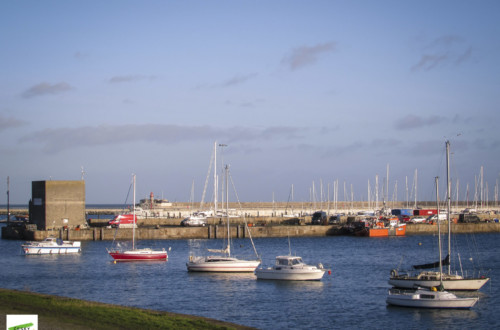