It’s hard to believe but Irish music scene isn’t just U2, The Cranberries, Hozier and Enya. Apart from pop rock and pop folk, Irish can produce a pretty nice dance songs too. In this article I’d like to show you a sort of an ultimate Irish playlist – no matter if you’re heading here or not.

Mainly I was also thinking that I keep talking about Keywest and you have no idea who they are and how they sound. All the following songs are being played on Irish radio stations, maybe some of them can be heard outside of Ireland too.

Two disclaimers before we dive in:
I am only showing you bands and singers I like. Ireland has a huge music scene but I do not fancy all of it.
You’ll also see that some of these bands and singers have just couple of hundreds or thousands of likes on social media and similar amount of views when it comes to their videos. Ireland is a tiny land, that doesn’t mean that anyone can be famous, I’d rather say that all these people were simply lucky in the past two years.

I’ll start with the biggest band right from the cover photo. Kodaline are without doubt one of the most popular bands in Ireland at the moment. I have a feeling that even The Script aren’t in such a demand as this quartet from Dublin. Every time I hear a new single from them I think ” This is it, this is the best song from Kodaline”, then they release a new single and I think “This is it..”. Well, I can’t complain as they clearly know what they’re doing. I also like that they can produce pop folk ballads such as All I Want to EDM anthems like Worth It.

I’m kind of starting with New Year’s Eve bands .. I believe Hudson Taylor are Dubliners too. Two brothers creating a perfect pop folk – my ears are dancing happily. My favorite song at the moment is Run With Me – btw the video is a real reflection of Irish weather #sorrynotsorry

Fine, once I praised Keywest and the other time I couldn’t stand them, so where is the truth? I don’t really listen to them as much as Kodaline or HT as I find most of their songs annoying. However recently I fancy two of their songs – Cold Hands and Save My Soul. Keywest started as buskers (street performers) on Grafton Street in Dublin and in 2012 they have debuted with their first album.

Overnight success band. Two childhood friends founded a band three years ago, recorded a song and Ireland went totally crazy about them. It’s true, that when Picture This is being played on radio you can tell ’cause of the chill pop and a nice voice of a main vocal lead. I’ve never seen this band live (mostly because their gigs are always sold out), but a song I enjoy from them is called Never Change.

Attention! This group is not from Dublin but from midlands and they conquer Ireland with their debut single Bear Claws. I prefer indie pop Why can’t we be friends? more though.

This formation better shouldn’t be missing from your playlist! The singer’s charismatic voice, captivating tones and the whole melancholic sub-tone is just perfect for rainy days. Have a look at the official video which was shot in County Kerry, a place Walking on Cars are from. You should put this part of Ireland on your travelling bucket list too.

I don’t get this guy – seriously stop reading and just go and listen to the video below .. amazing, right? In my opinion the sound is pretty refreshing and I totally dig the whole music composition in this song. Dermot was supposed to record some stuff with Glen Hansard back in 2012 but Glen couldn’t make it and instead offered Dermot ten minutes on stage during his sold out gig. No need to say that Dermot made an impression that night.

Probably the smallest project I’m writing about. Galway boys have around 4k likes on Facebook and the song below, which is played on a daily basis on radio, has around 1,600 views only. They remind me of Reamonn but I think Reason won’t get overplayed quickly.

You have probably noticed that so far I mentioned just bands and male singers but no female singers. There isn’t so many of them in Ireland, I mean singers they’d play on radio on daily basis. Cork born and raised Stephanie Rainey blew us all away two years ago with her power ballad 100 Like Me.  The production is probably good ’cause one of my Irish bosses truly believed that Steph is Swedish haha.

I would also recommend Question Mark from Stephanie.

Let’s move from pop rock/indie pop to dance. Robert is from Kilkenny, a super tiny cute place I will show you one day. He got me with his new dance single Golden – if you don’t find this song catchy I am sorry but there is no hope left for you.

Probably the only Irish rap I’ve ever heard? And also probably the only one I liked. Honestly, before you scroll down in disgust, these guys rap about love – no expensive cars, drugs, whores. Irish people like this style so much that Chasing Abbey gets to play the biggest festivals on this island such as Vital in Belfast this summer.

At the moment of the biggest music producing stars in Ireland – John Gibbons. He smashed Ireland with his version of Would I Lie To You which I personally liked more than the David Nugetta version. John’s work is pretty chill, esp. if you’re not looking for any emotionally demanding songs.

Another band from Dublin which I can’t quite get my head around that they’re actually Irish. I remember when they started to play Can’t Move On on radio and I thought that Wild Youth are either British or alternative Americans. I seriously feel pretty proud along with Irish ’cause this song is just something.

If you are sticking around for a real dance song then here you go. There’s not much information around about Johnny so let’s thank him for this superb party song.

Yeah, funny name. This project comes from Waterford (yup, the place I live in) and this year they returned with a song My Name is Now, which mixes elements of dance and guitar riffs within. Visual isn’t exactly aesthetically pleasing but audio is catching (talking from my own experience when I heard the song on radio first and then Googled it).

Mark had one one hit wonder nearly twenty years ago – a cover of Maniac (yeah the one from Flashdance movie) with some rap verses .. Anyway, Irish people loved it. Last year Mark has decided to comeback and I think so far so good. 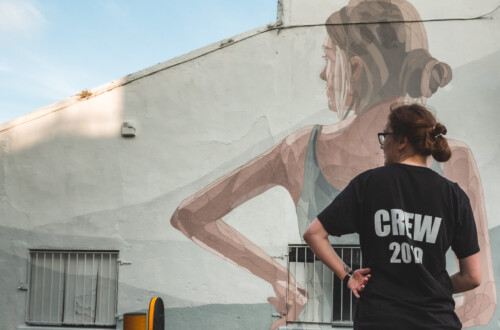 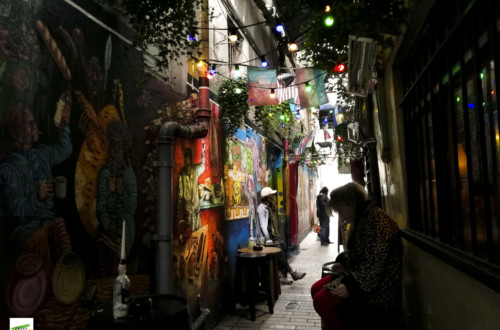 Vegan for a day 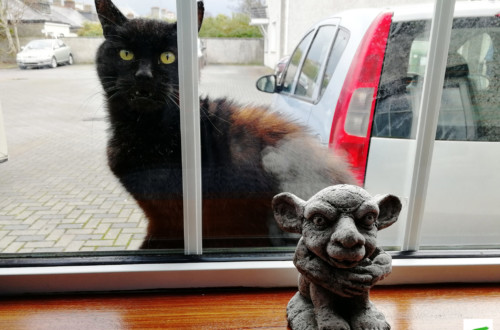 How Batman became ours