So I will have to start this article a bit differently from its Czech version because I owe you an explanation first. Basically in my country there is an online music magazine called musicserver. This magazine is read by people a lot and pretty well-known yet they keep criticizing like literally any artist – foreign or Czech. That’s why I don’t like them, it makes them look like a group of music losers.

So what does this musicserver has to do with 30 Seconds to Mars? Basically the band played a gig in Prague back in April and musicserver wrote a gig review about them. I don’t read gig reviews. Like never. I simply prefer to make my own opinion on things and people. However from the article header and Facebook reactions I understood that the gig was pretty shitty. Well, all I want to say right now is that this time musicserver was right. And I can’t believe I just admitted that.

I went to see 30STM on Wednesday. It’s no secret that Jared Leto can be pretty problematic human being, however I am a fan of their old songs so I’ve decided to go. I mean Dublin isn’t Prague, right? Jared just could’ve a bad day. Yeah, for sure ..

This wasn’t my first gig this year (Imagine Dragons back in February – article is still coming, I promise!) and neither the last (Woohoo!). Fine, I listened to 30STM latest album which I didn’t like at all but the gig setlist consisted of old songs too, so yippee.

Support band was Irish poprock band Keywest – yeah the one from New Year’s Eve. There must’ve been a wrong stars constellation that night or some shit ’cause I got the impression that the singer needs some singing lessons urgently. This comes from someone who has no talent whatsoever. But sure, it must be pretty stressful to play in front of one-third sold out arena. And 30STM are about to play and that’ll be fantastic!

Ha. Ha. Ha. To jump right in – not only Jared barely sang, but he was hiding most of the time in a one particular part of the stage (which was cut in half for this show – outrageous!) facing the audience with his back. Bravo. And it was boring. No energy at all. No spontaneity, emotions, enjoyment. Some epicity was missing from this gig pretty badly. I was leaving bored and tired after one and half hour. Meh. Don’t get me even started about the fact that 30STM gig production was a complete copy of Imagine Dragons’- Can I copy your homework? – Yeah, just change it a bit so it doesn´t look obvious you copied. Aka balloons and confetti. Where did you forget catwalk??

So are you wondering what musicserver wrote about 30STM in Prague? Exactly same thing. Apparently I was lucky as Jared sang a bit more in Dublin. Anyway I can’t believe I actually do agree with musicserver.

Below you can see some photos from the gig and night shots of Dublin (finally I tried long exposure in a proper city!). I also managed to sneaked in Czech hard candies muhaha.

Singer of Keywest who should enroll on signing lessons (yeah the hell is awaiting me, I know).

The two Irish couples I was sitting in the middle of were jealous of my candy – I know it! 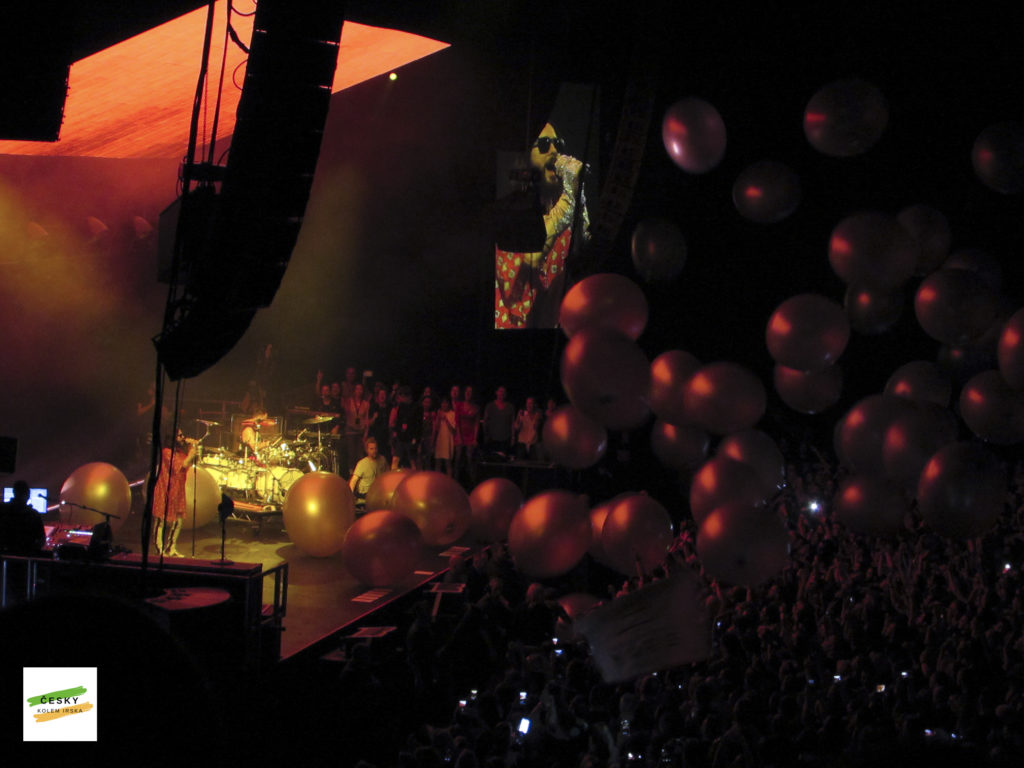 Unlike the Imagine Dragons who simply let the balloons to be dropped off the ceiling, 30STM just threw them onto the audience. Well done. 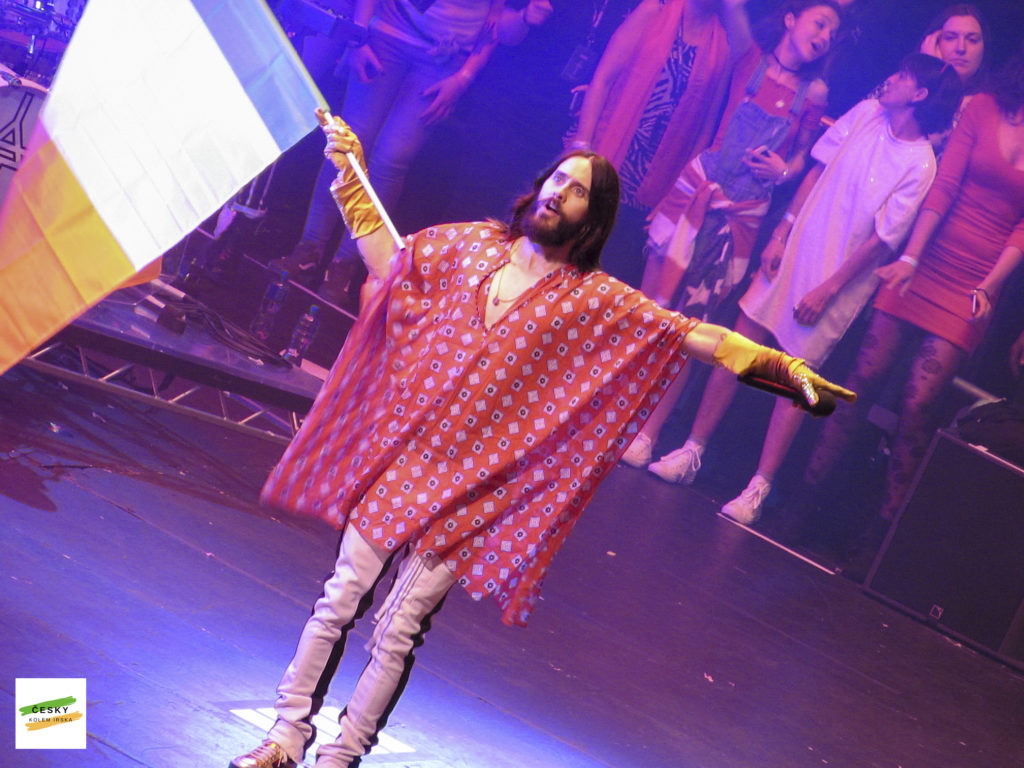 Hello, do you have a time to talk about our shitty career?

Convention Centre, Dublin. One of the Dublin’s Cons are taking place here every year. This building is also changing the colors depending on world events esp. terrorist attacks – the building is then lit in the country’s flag colors. Someone has Eiffel Tower, Dublin has Convention Centre.

Docklands have always reminded me of Hamburg somehow. 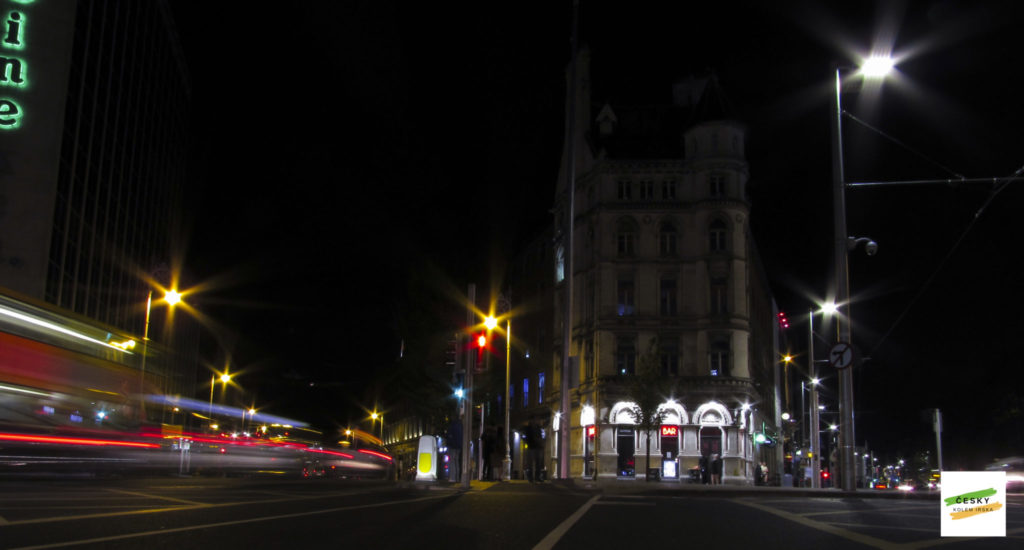 Light trailing from O Connell Bridge in the middle of Dublin.