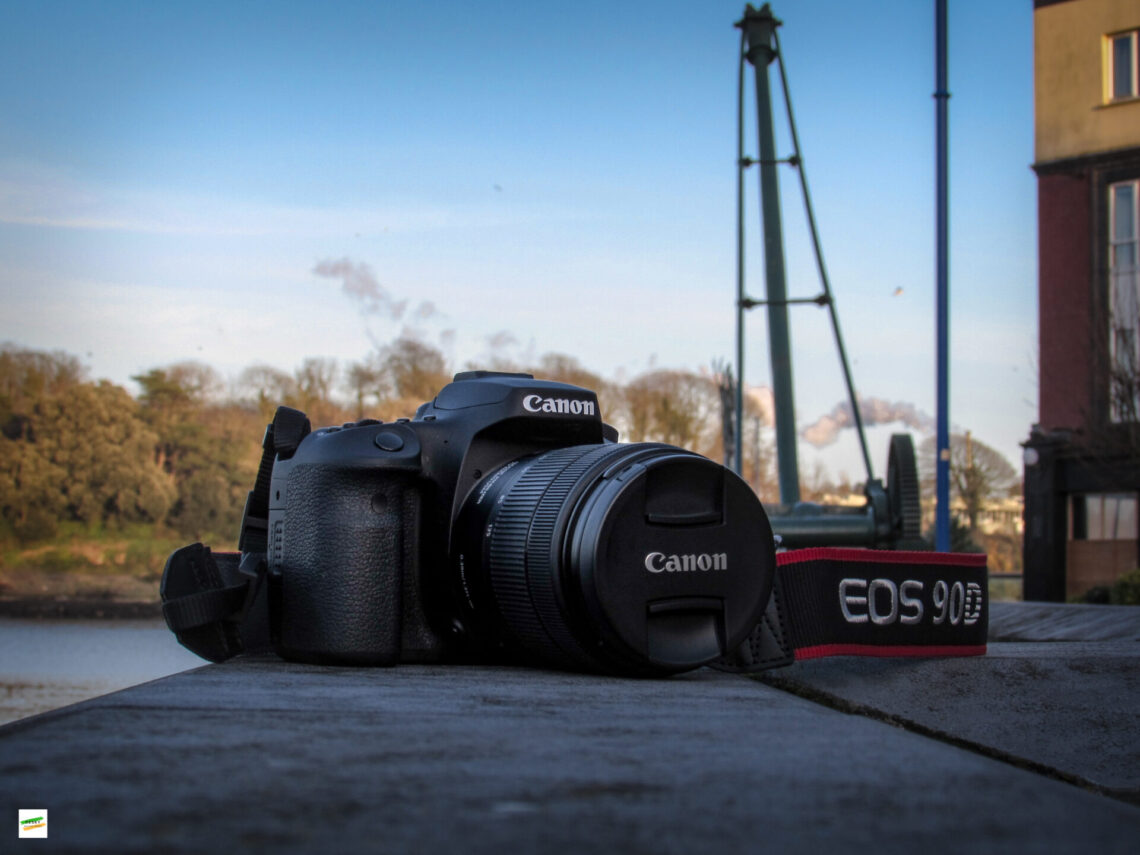 In this article, I will reveal how I got into photography. At the same time, I will introduce you to my new SLR and its predecessor and explain why I chose this particular model and what I like about it so far and what I have to work on.

If you are not interested in how I got into photography and you want to skip to the main topic, then choose one of the options below:
My new toy
Which models made it to my list and under which criteria I chose the winner?
How am I satifisfied with 90D nowadays?

Photography has been my hobby for eight years. I bought my first camera, the Fujifilm FinePix JV500, at the beginning of 2013 at a local drugstore. A year and a half later, my mum gave me Canon PowerShot SX510 HS as a gift. The difference between these models was not only in name but also in proportions (Fujifilm was a small pocket camera, while Canon had a lens attached to the body) and parameters. Fujifilm was a classic trip camera that did it all for you. Canon already offered manual photography, but like its Japanese colleague, it had several preset scenes.

I enjoyed rich colors with Fujifilm:

I started experimenting with Canon. I photographed most of the time we spent together on the “Live” scene, which was an auto with more vivid colors. Sometime three years ago, I became more interested in manual settings of my model and began learning to take pictures using manual.

My first night photo (according to my current self there is too much light in it, but whatever):

A year and a half later, I knew what I was doing:

Canon has also become my concert companion (thanks to its proportions and the fact that it is not a SLR camera, I can smuggle it almost everywhere). I have to admit that in such cases I switch back to the automat and take photos in sequences, because it’s easier than trying to persuade the non-DSLR to take one good photo from the other side of the arena. If you want to see the most successful gig photos, then be sure to check out the “Concerts and Cons” section.

One of the last photos I took on PowerShot. Also one of my all time favorites:

Around the same time, I discovered the benefit of RAW files that my phone supports (Honor 9), but Canon only took pictures in jpeg. That (and 12 MP and the fact that it’s not a SLR) eventually started to limit me in post-production, so I started thinking about the SLR.

Although I am a lover of electronics, I literally hate buying any. There are so many options in the market and decision making is not my strongest suit. But when I finally decided to buy a good new camera at the end of the summer last year, I had no choice but to dive into all those possibilities.

The Canon EOS 90D became my new right hand. I originally thought about the Sony AIII or the Canon EOS 6D Mark II. In the end, I completely eliminated Sony due to the endurance of the battery. Although I also checked out Nikon and other brands, in the end I made a list of six Canon models, mainly because I already had experience with that brand and I didn’t feel extra adventurous.

Canon EOS 90D in a nutshell:
– 32.5 megapixels
– Shutter speed goes from 30 seconds to 1/8000
– Shoots up 10 frames per second in sequential shooting
– Takes about 1300 photos on one battery charge
– Shoots in 4K
– ISO covers 100 – 25,600
– It has Bluetooth, Wi-Fi and can be controlled via app in the phone
– The touchscreen can be rotated in various angles
– You can shoot in silent mode – manually and single shots only

Which models made it to my list and under which criteria I chose the winner?

I had three mirrorless there – EOS M6 Mark II, EOS M50 and EOS M200 – and three SLRs – EOS 850D, EOS 90D and EOS 6D Mark II. Originally, I didn’t want to go into mirrorless, but during the research I found out that they have quite a lot to offer. In the end, I kicked them out first because of the lens mount (EF-M), the number of photos taken per battery charge (only about 300) and the display (could not be rotated around and was interfering with the electronic viewfinder).

I put these six models together for several reasons. The first was the budget (I didn’t want to pay more than 2,000 euros, because I don’t think I’m ready for anything more expensive yet) and the second important reason was with what lens the model is sold. I didn’t want a classic 18-55mm lens, because I’m used to 720mm from PowerShot and after a long googling I found out that most people get rid of the 18-55mm anyway (With the passage of time I can confirm that I’m glad I didn’t take 18- 55mm – it would not be enough for me).

All these six models offered a different range of lenses, some even offered two, but in the end the remaining nine columns in Excel helped me made the decision: the number of megapixels, shutter speed (or how many pictures you can take by holding the shutter button), processor, weight, how to tilt the screen, if it can take photos in silent mode, if it has Bluetooth and can be controlled via an app on the phone, the number of AF points and how many pictures can be taken on one battery charge.

So the mirrorless flew out first and the 850D went right after them, because it can capture only 7 frames per second and has “only” 24 megapixels. Which is still more than PowerShot but there were still 90D and 6D Mark II in the game with 32.5 and 26.2 megapixels respectively. The 850D can also take only 800 photos on a single charge, and I haven’t found anywhere that you can take pictures with it in a silent mode.

Why did the 6D Mk II didn’t make it? It takes only 6.5 frames per second, the processor is a class lower than other models, EF-S lenses cannot be placed on it and has less megapixels than 90D. It was also 150 euros more expensive than the 90D.

Some may think that I was quite strict with other models, but the overall decision took me about three months and countless hours spent googling and watching reviews on YouTube. After knowing that the winner would probably be the 90D, I started googling its lens (EF-S 18-135mm IS USM), because I really do not like to buy rabbits in a bag and thanks to the pandemic, the electronics stores were closed, so I couldn’t go and “touch” any of those models (Now I’m just thinking that I’m definitely not going to touch anything in the future…).

How am I satifisfied with 90D nowadays?

I got my way around the menu quite quickly and I can instinctively find the right buttons to change the settings (shutter, aperture and ISO) without having to look where I press.

But the first thing I had to get used to was weight. The PowerShot weighs about 350 grams, while the 90D and the lens weigh about a kilo more. And I always know it when I take pictures for a long time and then I pick up my phone in the same hand, which suddenly weighs nothing.

I’m also absolutely thrilled with the image stabilizer feature. As I wasn’t used to the overall weight at the beginning, the camera in my hands was still really shaking. It is not recognizable in the photos at all, which is absolutely great.

In addition to the classic daily photos of the city (I won’t be able to get into the nature for a long time, HashtagPandemicLife) I have already tried taking photos of the sky at night with the 90D. Unfortunately, due to light pollution, I still don’t know what I can do with it. But right behind the last street lamp in town, I squeezed this out of the camera:

Of course, whenever I can I try to shoot with the long shutter speed and I think it’s pretty good:

I also tested it on the moon (without a tripod) and it’s quite a difference from PowerShot:

Then I tried only a few night photos without a tripod and I noticed that the photos came out quite grainy. I found out that it was due to the ISO setting and that I can’t operate it 😀 I read that it can be adjusted in Lightroom or Photoshop, but so far I was not satisfied with the result. So my next goal is to learn to take pictures at night without a tripod and not have grainy photos. Wish me luck.

I also haven’t had a chance to try shooting a fast object in motion aka seagulls on the waterfront, because they are always quite far away and my lens is not enough for that HashtagIneedTelephotolens

In conclusion, I want to say that I am really happy with the choice of camera and so far I have not wanted to throw it out the window (my laptop can’t relate). If you are interested in exactly how my research went, follow my blog, because I am preparing an article on how to choose a new camera – not only what to look for when buying, but also which websites will help you choose a product without having to go to the store (which is really useful in today’s situation). 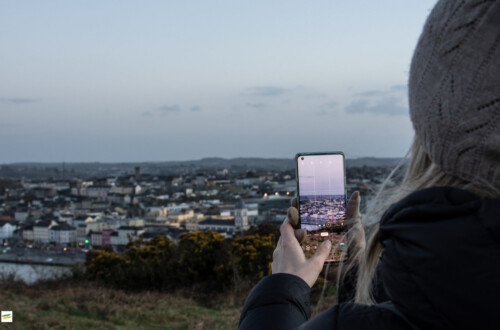 Terez advises on photography: about smartphones for beginners