Four years ago, I fulfilled a big travel dream and visited Athens. Sit back and get ready for really crazy stories, 150 photos of the Acropolis from various parts of the city and 100 photos of the Olympic Stadium.

I have been interested in Greece since primary school, when the teacher introduced us and poured into our heads its ancient history. I don’t know why, but I’ve always liked the idea that thousands of years ago people lived the way they wanted, by the sea, in the heat and in their free time, either speculating over the life and meaning of everything, or making up stories about gods. Because why not.

But it never occurred to me that I would visit Greece quite soon. I don’t know why, but it came to me as a pretty big travel utopia. However, it was early 2017 and Ryanair had sales. Actually, the whole thing was that I flew visit V. in Berlin (and went to a concert of I Heart Sharks). I don’t know why but I told her that we would fly somewhere for a few days instead of sitting on our butts in Berlin (nothing against Berlin). 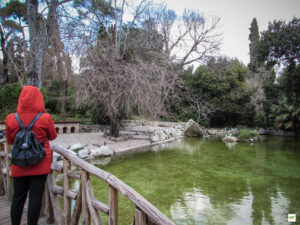 So Ryanair had sales. Athens – Berlin 50 euros there and back. What a great deal. We selected dates from 12 to 15 February 2017. I thought we were flying to the Mediterranean sea, so the time of year should not cause such problems. But we had no idea we were flying to another Ireland.

Don’t be fooled by the sun in the photos, the Arctic wind blew away all our dreams of a beautiful warm holiday in the ancient Greek metropolis. According to Google, this was nothing special, but a lady in a tourist shop informed us that it is quite unusual for Athens itself. Here you go, Google!

Beware of Athens aka our accommodation fail

Originally we were supposed to stay at V.’s colleague, but in the end we secured Airbnb as always. This time I left the selection to V., after all, I convinced her to take this trip and I wanted her to feel good in Athens. Well, next time I’ll involve my FBI agent.

We managed to stay in the Athens part of the city near Omonia Square. At that time, we had no idea that this was not exactly a tourist-friendly part of the city. This was confirmed to me when writing this article by a Greek friend who had a heart attack after hearing this. According to her, it’s hard to walk there during the day and let alone at night… Well, guess when we were returning back to the Airbnb every day *Adds that she survived the Omonia Square district to the resume* 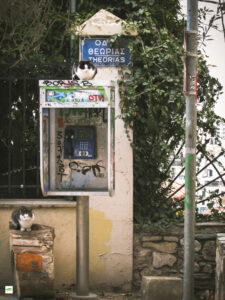 V. and I are not completely stupid, as soon as we got out of the metro we noticed that it was a strange and dirty neighborhood and I honestly expected that someone would rob us on the spot or try to sell us drugs. Surprisingly, neither happened. That evening we tried to communicate with our Russian host about the overall security of this part of the city. I write “tried to communicate”, because of course our host spoke only Russian and Greek. My Russian is terrible, so we tried English and then even German, but she didn’t catch on. Fortunately, the Google Translate caught on and after a short robotic conversation, she assured us that nothing would happen to us and that it was a safe part of the city. Fortunately, she was right about the first one (lowkey I wonder how she would react if someone robbed us), the second one, as we already know, not much. 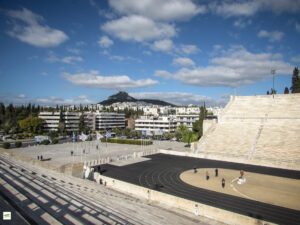 The accommodation itself breathed Russian/brothel fumes on us (the decoration can not really be described in words), but to this day I remember the beautifully hot shower with love. Not so much the smell of weed in the building.

We walked through Athinas Street to the city centre. This street is a perfect example of Omonia district and rest of Athens – the first approx 200 metres were populated with stalls and trades and you had to definitely watch where you stepped. After passing the Statue of Pericles the street became magically clean. Just like that.

If you’ve read some of my other travel articles, you already know that I really like to plan ahead. Google and Wikipedia and TripAdvisor. But if I remember correctly (excuse me, it’s been more than four years), then V. and I didn’t plan much. We had almost 3 full days in the Greek capital, so we decided to plan it on the spot. In the end, we put together a few places that we really wanted to see. The rest depended on the weather, the mood and especially the time. 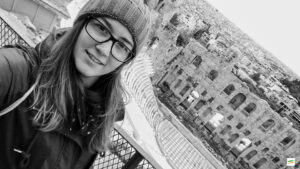 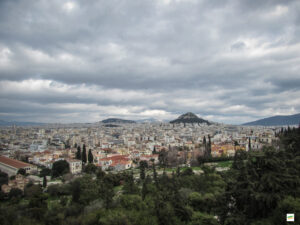 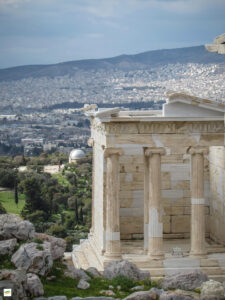 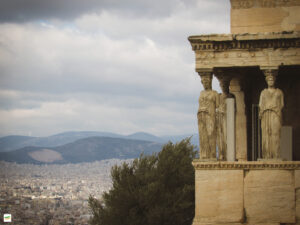 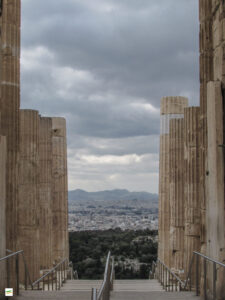 Our preliminary itinerary contained places such as the Acropolis, the Temple of Olympian Zeus, the Olympic Stadium, Lycabettus Hill and any parks and other tourist places that we come across during our walks. Looking back, I have to admit that we managed to see quite a bit in the end, if not most of the sights. I don’t have photos of every place, hence 150 photos of the Acropolis and 100 photos of the Olympic Stadium. 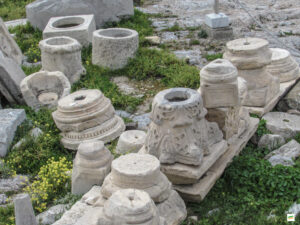 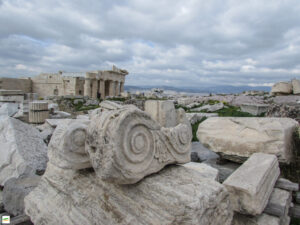 I was definitely most pleased with the Lycabettus Hill, to which we were taken by cable car and from which there is an amazing view of the city and everything behind it. In addition, they sold a ham and cheese sandwich with potato chips, which is probably the most Irish thing. I was also quite happy about the Acropolis! And enjoyed the Olympic Stadium as a sports fan I am. V. didn’t go inside with me, poor thing, she was waiting for me to finish my run around the stadium. But we enjoyed the rest of the city, well, to the extent possible.

The real face of Athens

In general, I was excited as hell, and somehow I hoped that all those sights would somehow speak to me. In the end, I just took away a scratched screen on my camera, a few random memories (every second tourist was asking me to take a photo of them while we were at the Acropolis for some reason) and the feeling that I would probably never understand Southern culture. I know that V. and I were kinda sitting on the fence about this whole Athens experience.

Foe instance, the first night, when we found a small pub. Everyone was looking at us like we were some aliens. At other times, the locals stopped us on almost every corner and tried to sell us something. Anything. One evening in the square below the Acropolis, two guys stopped us and put bracelets on our wrists. They claimed it was for a good omen. In the end, they wanted money for us, and the few crumbs we dug out of our wallets were not enough for them. Another day on the way to the Olympic Stadium, another guy joined us and started asking us various personal questions. I don’t even know how we got rid of him anymore, but I remember that it made me feel a bit upset for a while. The third day we bumped into protests in front of the Hellenic Parliament in Syntagma Square. Hundreds of people and lots of cops. Such incidents are sad and certainly not a pleasant experience for the tourists, but it occurred to me that somehow everything was like this in Athens (and it is not surprising given what the country has gone through in the past few years). 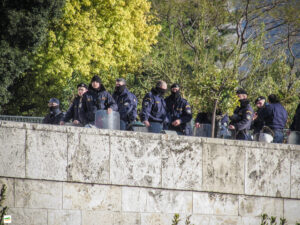 I had high expectations of Athens. I hoped something in that city would breathe on me, the remnants of ancient Greece. But the only thing that breathed on me were the Greeks trying to sell me their own mother. Nevertheless, I would very much like to return to Greece and Athens itself. In the last four years I have befriended some Greeks and I believe that with them the trip would be much better. In addition, I have improved in photography and I am very tempted to try to capture the whole city again – this time not only during the day, but also at night. In addition to Athens, I am also very attracted to the surrounding islands, other cities and the local countryside. Honestly, after playing AC: Odyssey, I would visit any part of Greece. I hope that I did not discourage you with this article and that if you have the opportunity, you will give Athens a chance, just avoid Omonia Square and choose a generally warmer part of the year.