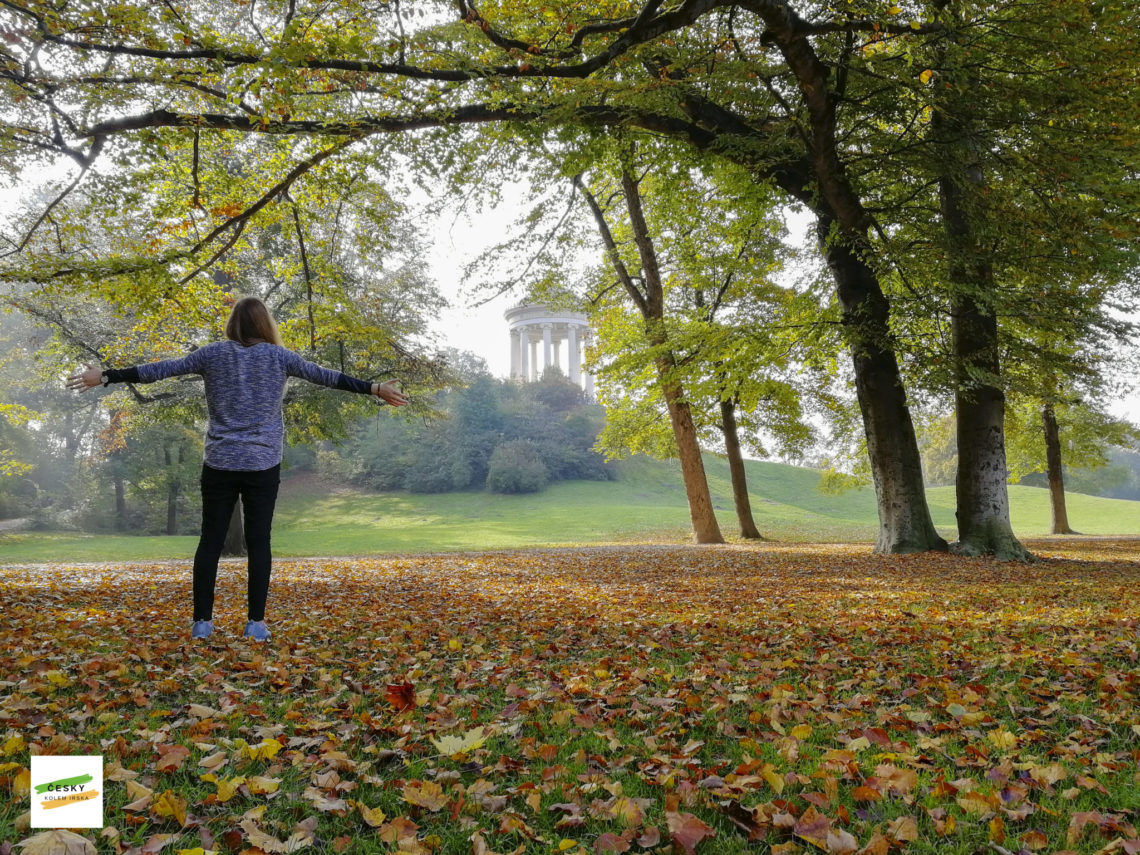 My mum has been always joking that I was born in the car since I love traveling that much. When I was a kid she couldn’t tell me beforehand that we were going somewhere otherwise I hadn’t slept all night. Like the time I went on a school trip abroad, we spent twenty four hours in the bus and guess who hasn’t slept at all because everything outside was new and fascinating and still is.

I’ve been told that I’m good anyway to just book away the holidays and go. Maybe I am. What do I know. Behind all the stories and new places is countless insomnia and anxiety. I have no clue how other travelers feel before heading towards a new adventure, however I am in fact a naturally scared of new places, even though they are fascinating to me.

This time I have decided to face my biggest travel fear. I booked a room in a hostel. A room shared with other five complete strangers. It probably sounds comically. They are just people. What’s going on? I’m also just a person. Well, I’m aware of that obviously, just my brain loves to play tricks on me. What if I wake them up on my arrival? What if I wake them up during my departure (at six am .. I’d personally kill)? What if the room atmosphere will be weird? What if all of them will occupy the bathroom for a whole day? What if? Well, what if??

I could’ve booked Airbnb and don’t even think about this. That’d be easy, right? Well, that’s the thing, why would I do something the easy way when I can do it the difficult way (my life motto). Okay, really, I have decided to challenge my social anxiety and I can book Airbnb later on anyway. Who knows? Maybe I’ll meet someone interesting (To calm myself down I spent countless hours googling /Instagraming everything about this hostel including how exactly rooms for six people look like. If I could I’d google the five people I was about to share with as well #abitofacontrolfreak).

Okay, so you got the background, therefore the next question is why the hell Munich!? I can’t figure out why but to me it appears like a pretty skipped place when traveling. If I’d say I’m flying to South Pole people would be much more excited. Munich won me over because of two reasons – cheap flight and I desperately needed to fly abroad (and I couldn’t have waited until Halloween .. Ups! You will have to wait!). Plus when I fund out how easily you can get from Munich city to the Alps I was sold. This may come across surprisingly but if you want to travel to the nature in Ireland you simply need a car. Without a car there’s no nature.

An advice to all traveling beginners – don’t judge a place by its five most posted photos on the internet. Traveling has learnt me that the place looks way too different from the Photoshoped version posted online anyway. And it has much more to offer. If you are thinking of visiting a place and are not sure whether or not it has anything to offer then Google – use maps, where you can spot the well-known sights, TripAdvisor, traveling blogs, Instagram .. All these webs are full of well-known sightseeing but also hidden gems.

An example: Munich. You are probably thinking of the new town hall and the church with two rounded towers. Maybe FC Bayern Munich and Olympia Park.

Not only these places I have visited during my stay. My itinerary looked as follows:

I was hoping to manage all of these in a one day with a one camera battery. So let’s go!

It was a Saturday morning and I burst into the bathroom after a pretty rough night. No pushing, you’re wondering? Ah yeah, I was sharing the room with guys and they all either took a shower during night or early morning. It’s a win. At least for today.

I left hostel around ten. My first stop wasn’t Old Town but Lidl. I am not exactly a fan of hotel/hostel breakfast (= too many people at the same place).

Got the breakfast, so let’s go to the city centre. It was easy to get there from Hauptbahnhof (the main train station) – just go straight. I must admit I wasn’t feeling in my skin that morning and I’m not referring to my anxiety, I simply wasn’t in the mood. Plus it was pretty cloudy and stalls all around the town ( = another horde of people) – especially on Marienplatz. Jup, right in front of the new town hall. Another win (this time pretty ironic).

I found the city pretty nice even though the weather wasn’t getting any better. Nearly all the houses are in the typical Bavarian style (No shit, Sherlock). It was cute in its own way. And also completely different from Ireland.

The other thing I have noticed when strolling down the streets was that apart from Bavarian architecture and history Germans also love mythology? On at least two different places there were paintings or statues even. Interesting combination.

I walked quite quickly through the old city and skipped some places too. The weather wasn’t getting any better and so wasn’t my mood plus the market just in front of the town hall has discouraged me a bit. I admit, I was expecting sunny, no markets in front of tourist attractions. Imagine an empty city, no tourists and local people in hurry plus a nice weather – yeah that’d be a paradise. And also an utopia.

I always try to make some time for a local park when visiting a new place. Always the biggest and most well-known because there is usually no time for more. In Munich such a park is called English gardens. They’re bigger than Hyde Park and Central Park so no, I didn’t go through them.

I happened to walked into the park just nearby a local attraction – a small temple on a hill. There’s a nice view from a top of it and in the background you can see the towers from Old Town (rounded ones, New town hall, churches). The weather has started to get better, the sun made it through the clouds and trees so I have decided to walk around for a while. Accidentally I bumped into Chinese Tower which seems to be favourite not only in between locals but also tourists as some of them were asking me how to reach it (Apparently I wasn’t looking touristic enough with my Canon around the neck).

I really liked the park and was happy that the weather played itself in the end. However it was a time to use U-Bahn to Olympia Park which I thought it’s going to be a highlight of the day. I love German u-bahn and s-bahn and am hoping that maybe one day we will have the same thing in Dublin. I always get off on the other side of the street than needed. Obviously I can read signs but there are plenty of exits on both sides of the streets so in the end I don’t even know who I am.

So I got off on the other side by Olympia Park and then used Google to get to Olympic Village which I had to visit as a hardcore sport fan. The funny thing is that I have appeared in the village god knows how (not thanks to Google). I haven’t googled anything about this place in advance therefore I was positively surprised by all the graffiti and drawings on almost every and each house. And also by the fact that there are students living in the houses now (Quickly Google that the original houses were demolished and built new ones a long time after the Olympics in 1972).

Click on the photos for a nice big resolution 🙂

From the Olympic Village I am heading towards the Olympic stadium and the tower. I spent about three hours in the area – there is simply so many things to see! Starting with the stadium (which you can get inside to for a small fee but can’t get on the running circle in the middle.. Athens are much better in this), through the Tower, lake, swimming pool to the hill above the whole area where you could easily spot everything. I was running around, taking shots, enjoying the views and the weather kept changing as it wished and I started to feel tired. It was a time for another stop: BMW.

I didn’t go inside as I am not crazy about cars. I walked around, enjoyed the nice building and slowly moved back to u-bahn as it was time to visit Nymphenburg Chateau.

I have only the great ideas. I chose an u-bahn which was about thirty minutes walk from the Chateau and the dusk has slowly started to come. My legs hurt because I was basically walking all day without a break and I really wanted to see the building during a day light. I walked faster and it was worth it. It probably isn’t an extra Chateau considering European standards but you don’t get to see buildings like these in Ireland so I stopped and stared. Yeah, I miss continental architecture pretty much.

The Chateau has a main building, right and left wings and the building is pretty spread out so I had to use panorama mode to take a photo of it all. There were ducks on the grass in front of the main building and the pond was unfortunately empty, otherwise the visitors would have seen a nice mirror view on the water.

I strolled through the Chateau gardens which are basically a copy of the pre-Chateau gardens – minus the ducks and basically the water too. Instead of these there are statues of Roman Gods (Juno, Pluto, Jupiter and Proserpina) which were sculpted by a Czech sculptor Dominik Auliczek.

Don’t forget to click on each photo for a better quality.

From the itinerary I managed to visit/do nearly everything except the night shots. My legs hurt way too much so I have decided to skip this point. Also I have already known that I want to return to Munich anyway. In the end one day for Munich wasn’t really enough.

That night I made a friend in my hostel – D. from Costa Rica. We shared a room together and because the hostel was giving away a free drink on arrival we have decided to go for one together. In the end not only we got a drink but also a pizza and it was the best.

Munich city is definitely worth a visit. Apart from the old town it carries centuries of history and remarkable buildings and statues. Plus this city can be used as a sleep only spot if you are travelling to different places – Dachau (concentration camp), Neuschwanstein (the Chateau Disney has stolen) or The Alps perhaps (Garmisch-Partenkirchen). There are lots of places to see in Bavaria – starting with history, through culture to the nature and I already know that one day I will come back.

In the footsteps of Irish Nature: county Wicklow