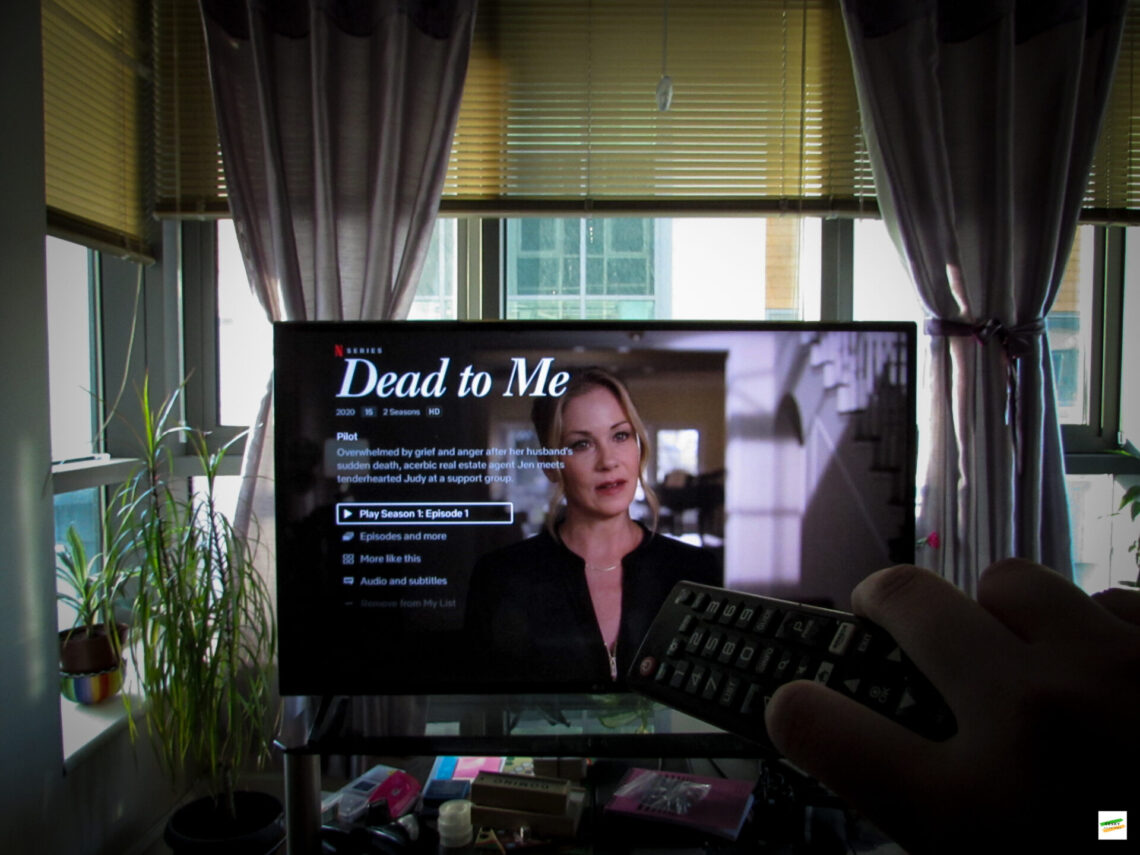 This week I was inspired by an article by V., who wrote about her ten favorite series (you can find the link at the end of the article) and even though I would love to annoy you all with my superhero series, I decided to inspire you and serve you a dozen little known series.

One of the reasons I don’t even want to write my favorite series is because we would’ve been here for quite long. And there is no chance that I will be able to put together a TOP10. But again, I spend a lot of time on series, and in the last month, I’ve discovered complete treasures that may interest some of you. On the other hand, I want to recommend completely different series that aren’t talked about so much, and you won’t find them in “10 series on Netflix to watch during quarantine!”

I also wanna point out that these series do not necessarily have to be only on Netflix or HBO Go. Some are from Apple, others are broadcast on American television. So deal with it as you please.

Amazon can produce a quality series that’s just the truth. And this is not the only one I recommend to you today. Modern Love consists of eight episodes, each independent. As the name suggests, the plot of each episode revolves around emotions. If you look forward to Love, Actually every Christmas, then this is the series for you. Haven’t I convinced you yet? Take a look at the cast: Anne Hathaway, Tina Fey, Andy Garcia, Dev Patel, Julia Garner or Ed Sheeran, or the mother from How I Met Your Mother. My favorite episode? The one with Anne Hathaway!

This dramedy follows the life of the 19th century American poet, Emily Dickinson. Before you scroll down bored – the story is based on history, but it is not a boring historical drama, but the whole 10 episodes are connected by modern music and insight and English. One episode has about 30 minutes, and Apple has already ordered the 2nd series. Oh, and Emily was played by actress and singer Hailee Steinfeld.

VAGRANT QUEEN (SyFy) – season 1 is on at the moment

How would I explain this series? Imagine the original Star Wars, but funny and more colorful. Elida, though reluctant, is the rightful queen of the ruined kingdom, which the Republic and Commander Lazaro want to get rid of. Vagrant Queen is a sci-fi series following the adventures of Elida, her friend from Earth, Isaac and the ship mechanic Amae. There are a couple of episodes out already and it’s a really nice easy-going series to watch. As of quality, that is not the worst either – in terms of script or costumes.

I’m talking about this year’s series. This series of five independent episodes was inspired by the original from 1985 by Steven Spielberg but nevertheless tells its own stories. For me personally, the second episode was worth it, I didn’t like the third at all. But you can make your own opinion! And if you are interested in this reboot from Kitsis and Horowitz (Once Upon a Time, Lost), then you can give the original a chance.

HOME FOR CHRISTMAS (NETFLIX) – season 1 out

A woman tells her family that she finally has a boyfriend and they convince her to bring him for Christmas dinner. Sounds boring, huh? It’s been here several times and we all know how it will end. But what if I tell you that this series is a Norwegian production, takes place in Norway and that the plot of the series and its end is not at all the way it is expected? This comedic Norwegian mini series is definitely worth a watch, and you won’t care that it takes place around Christmas anyway.

Did you love High School Musical, Glee or maybe Pitch Perfect? Then Zoey is just for you! The young coder begins to hear the deepest wishes and desires of the people around her through the songs. And if that didn’t convinced you yet, imagine the dancing and singing Lauren Graham (Lorelai Gilmore)!

Probably one of the few series on my list you’ve heard of. If not, or you are not sure what it is, keep reading. The first series has 10 parts, each about half an hour. The story is about Jen, who’s husband recently died during hit and run, and about Judy, who has a bit of a tendency to beautify things. The two quickly become friends. Judy has a secret and Jen is passionate about finding her husband’s killer. The plot may sound boring, but if you don’t have anything to watch on Netflix anymore, these 10 short dramedy episodes will definitely come in handy. In addition, the whole aesthetics of the series is great and one ends up on Google Flights by booking a holiday in LA.

THE BOLD TYPE (FREEFORM) – 3 seasons out plus half of season 4, the second half is returning on 11th June

I can recommend this comedy drama series to all Sex and the City fans. The Bold Type revolves around the lives of three friends – Jane, Kat and Sutton, who work together in a fashion magazine Scarlet. The viewer thus looks at their lives, sorrows, loves and joys. The series also addresses many important topics such as immigration, xenophobia, homophobia, breast cancer, rape and more. Despite these difficult topics, this is a relaxing series. The Bold Type is also the only series with the best playlist ever.

Phenomenal. Unique. Must watch. Set in New York in the 1950s, the series follows the life of a young Jewish woman, Midge, who has just learned that her husband is cheating on her. Drunk Midge appears in a sunken bar as a stand-up comedian, captivating Susie Myerson. She will convince sober Midge to give stand-up a chance at life. A series full of humor, drama and beautiful visuals of the 50s in New York. Even though the plot revolves around the Jewish community, the series is really worth watching. If I haven’t convinced you yet, then know that Amy Sherman-Palladino is behind the series – so the dialogues are the same as in Gilmore girls. The Marvelous Mrs. Maisel is also a proud bearer of several awards, such as the Golden Globes and the Emmy.

The town of Purgatory. A kind of Bermund triangle for demons. Wynonna, great-great-great-granddaughter of the legendary Wyatt Earp. And the Peacemaker weapon. This supernatural series with elements of western and horror gained a lot of fans during the first series. Even though the budget is not as flashy as in other series of this genre, Wynonna Earp replaces it to the audience with wit and humor that you simply won’t come across in other series. I recommend watching season 1 with subtitles because of the specific English of Doc Holliday, a gunslinger from the 19th century.

In the end, I will share with you four more series that I have not seen myself yet, but I have them on the list (yeah, I have a list for series).

Daybreak – Netflix – 1 season of ten episodes – the plot of the series takes place in post-apocalyptic California and follows the story of high school student Josh, who is looking for his girlfriend Sam. It’s supposed to be a comedy drama, and according to the trailer, it looks like a nice ride.

Manifest – NBC – two seasons – Imagine that you are flying on vacation and when you land, you are told that five and a half years have passed during your flight. That’s exactly what Manifest is all about. Not only do passengers have to deal with new life, but they also suddenly begin to have visions.

The End of the Fucking World – Netflix – 2 seasons – two teenagers go on a trip together. He believes he is a psychopath and wants to kill her. She has her own problems. Another British dark comedy show with 18 episodes produced by Netflix.

Tales from the Loop – Amazon Prime – 1 season – a series based on the artbook of the Swedish artist Simon Stålenhag. In eight episodes, this sci-fi drama describes the lives of people living above the so-called Loop and thus making the impossible possible.

I hope you choose at least one series from this article. And feel free to let people know in the comments or recommend something else to others (and me).

You can read the V. article and her TOP10 series here (Use Google Translate, cause the article is written only in Czech). 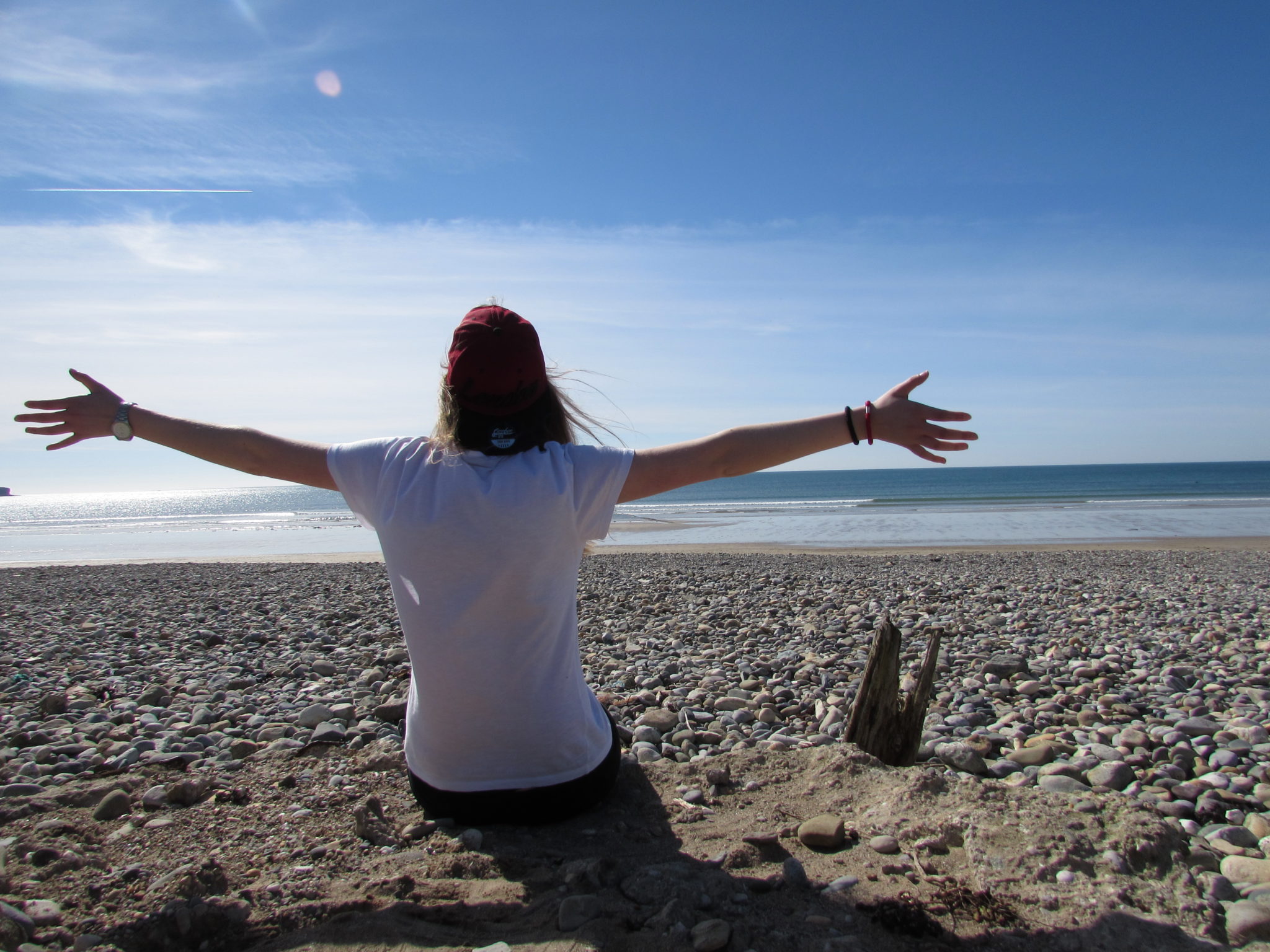 Three things I learned this year