To most of you Hayley Kiyoko won’t ring a bell, although she’s not a musician only. She appeared in Wizards of Waverly Place and Lemonade Mouth in the past.

Despite her exotic name and appearance Hayley actually comes from California (yup, she got Japanese roots). Musically, you could’ve started to hear about her around 2017 when the first singles from her debut album Expectations have emerged.

That’s when I started to listen to her music too. Last Autumn she toured around Europe but skipped Ireland during that time so I went to see her alongside with V. in Berlin. I have no shots from that gig ’cause LiveNation and mostly workers in Huxleys..

Anyway, at that time she announced a second European tour and yes, your guess is right, Dublin was included this time. Hayley has chosen one of my favourite Dublin venues – The Olympia Theatre. It’s an old theatre which mostly hosts music gigs these days. I like this venue because of its interior. Sadly most of artists usually book different Dublin venue so I was returning to Olympia for about just fourth time after Anastacia gig in 2016.

The first gig wasn’t very surprising – I reached the venue around six in the evening, people were queuing already and I joined them. Exactly at seven the doors opened and it was really quick – at ten past seven I was already standing in front of the stage. Plus they haven’t searched people so I didn’t have to explain why I have my Canon with me.

Hayley during her first night at The Olympia Theatre – 29/1/2019. Don’t forget to click on photos for a better resolution.

The show was great – Hayley brought dancers with her so she not only sang but also danced. People sang and danced and the atmosphere was great. After the gig we were let out of the venue through the other side (standing tickets are let in through the main entrance, but seating tickets have their own entrance on the other side of the venue) so I returned to the main entrance because I wanted to buy a tee and I wasn’t sure I’d have a chance the next day due to my seating ticket. To my complete surprise when I entered the venue and spoke to the nearest attendant I wasn’t yelled at but allowed to join the merch queue and get my tee. I love Olympia.

The next day was crazy. I reached Dublin around three in the afternoon because my seating ticket was in unreserved section and I wanted to make sure that I have a good seat. Nope, I haven’t queued for four hours in front of the club. I’m too old for that shit. I went to Lush and so .. you know it. I came to the venue around five-ish, the standing queue was already formed but no one was queuing for seating (mostly because people don’t know there are two different entrances). I’d decided to wait in front of the venue on a pavement as I wasn’t sure if I’m already allowed to queue in the yard for the seating and I wasn’t in the mood of asking this to anyone.

A bit before six, just as I was thinking about Hayley – that she’s probably in the venue already (she was hosting M&G with fans who paid for it) – a taxi stopped right beside me. A few people got of and I thought that those may be the support band (I have literally zero memory when it comes to faces). Suddenly the back door at my side opened and Hayley got of. Yup, I spoke to her, we had a great chat and I got a selfie with her! Ha. Ha. Ha. I literally stared at her and my brain wasn’t able to function. I’d like to think that my starstruck years are long gone but it seems like I’m wrong. So the whole time I stared at Hayley with my mouth open and said nothing as she was approaching the venue. If you’re telling yourself that it’s not that bad – rest of her fans were waiting behind the corner and I was the only one standing there. So if I would’ve said something no one would’ve heard me. However my brain had a siesta at that moment. Well done, mate.

Hayley Kiyoko photos from the second night – The Olympia Theatre, Dublin – 30/1/2019. Honestly I like the first set of photos better.

Well, it took me couple of hours to get over it but at least I made my friends laugh. It was a pretty lucky day since the beginning – the moment I stepped out of the bus in Dublin I dropped my camera. Luckily nothing happened to it but I should’ve known since that moment (superstitious is my second name .. yeah I have a nice collection of second names).

And a third time? Yes, I managed to be completely dumb three times within the same day. As you know Hayley brought dancers with her but also a support band. The support band is called Naaz and I haven’t found them anything extra except one song. Since I wasn’t feeling them I took some Insta Stories and tagged them in it (I do this for my followers, I’m not an attention seeker ..). The singer reacted both nights – the first night she re-posted those videos on Naaz Insta Stories and second night she sent me a heart emoji which was cute. But mainly she was reacting so I took the chance and asked her about the song I liked. What answer have I received? “It’s called Taped but it’s not out yet.” If that doesn’t sound too bad then listen to this – the singer then re-posted my video containing this song only with a comment “I want to release this song one day.”. Not even this year, but one day. I have no clue what kind of stars constellation was up there that night but they were faulty for sure (yup, pun intended).

With regards to the second gig I managed to get a seat in the first row in the middle and the view was grand (the reflectors were getting a bit in the way). When leaving the venue I noticed a sign stuck to the wall “Hayley Kiyoko merch in the lobby” which was really a great idea from the organizers.

If you’re interested to hear Hayley live just pop in to my IG @moonfell44, click on Concerts highlights (and tap tap tap .. ).

Due to recent events I must include this disclaimer: Please do not re-post any of my photos, do not attempt to get rid of the logo (it’s ugly for a reason). If you are interested in any of my photos feel free to reach out to me on Facebook or Insta. I’m usually a reasonable person. Any unauthorized use of my photos will be prosecuted . 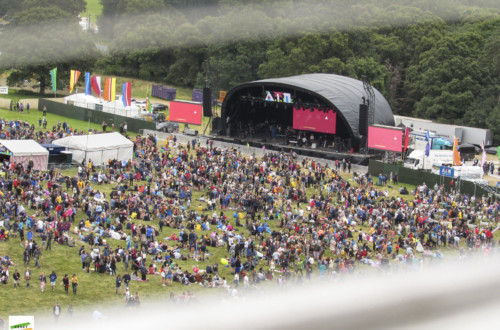